Ok, so maybe Windows 8 will let you kiss the PC!

2 mins read
I was only joking when I said that maybe you could lick the screen. My previous post was a rant against new and not necessarily improved operating systems. But today I am rebuked by a page that details the kissing of the screen…

Interactive poster responds to your kiss

With the Kinect now ‘out there’, maybe the in the future you will be able to hug your computer. I know lots who would like to kick the computer when it fails to do what we want.
Most of today’s computer users will have to fork out money for the new Windows 8 system because their ‘veteran’ system will be like this:- 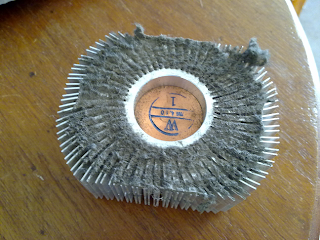 The PC ‘crashed’ when the cpu overheated. Fortunately it did not melt-down and take the system with it. You cannot source the five to seven year old cpu. Nor can you just replace the hardware. Windows XP will not allow you to activate it without angst.
Well we have saved the client this time. After cleaning and applying service pack three, his veteran ‘mission critical’ PC is back at work. Making him money. It used to get up to over 72C on the cpu. Now it gets up to 32C and stays there. Like a good cpu should!
By the way, SP3 is now ‘compulsory’. If you haven’t updated your Windows XP by now. You had better do it soon. Microsoft will no longer support Service Pack 2.